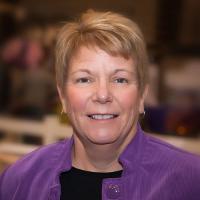 Senior Fleece Judge and Judge Trainer for all CertificationsCertificationsHuacaya Halter, Suri Halter, Fleece, Performance
Diana is an AOA Halter, Senior Fleece Judge, Judge Trainer, and Instructor in the United States. Diana received her Certification as an International Alpaca Judge trained in Peru at the International Alpaca Judging School (IAJS) in 2004. She has actively judged in Canada and the United States since 2001. Diana has over 35 years of experience breeding, showing, and raising alpacas and other breeds of livestock.
Along with her husband, Tim, they established Aussie Acres Alpacas in 1994. We became known for our ability to successfully produce grey and sought after Huacaya breeding stock. Both Diana and Tim were honored to share those grey genetics worldwide. Diana’s love for alpacas and her commitment to fleece education was the inspiration that led to the purchase of The Alpaca Breeders Fiber School, LLC. Diana also serves as an alpaca industry consultant, educator, Fiber Sorter, Grader and, continues working on her Wool Classer status and is always available for consultations.
Diana currently serves on the AOA Judges Advisory Committee (JAC), AOA Judge Training and Certification Committee (JTCC) as Liaison and served on the Advisory Board for the Mid-America Alpaca Foundation, the Board of Directors of Alpaca Breeders of the Rockies and past leader of the Leading Llamas and Alpacas 4-H Club.
Diana was born in Germany. At eight years of age, she moved to Colorado with her parents. She earned an Associate Degree in Occupational Studies with an emphasis on Medical Billing and Coding and maintains her Paralegal and Medical Billing and Coding certifications. Prior to acquiring alpacas Diana was employed as a Paralegal for the Weld County District Attorney. She has one son, Jeff and grandson, Alden Ray.