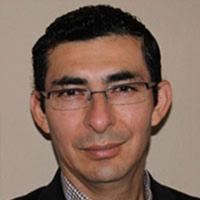 Fleece Judge TrainerCertificationsHuacaya Halter, Suri Halter, Fleece, Performance
Arturo Pena is from Arequipa, Peru. He has an educational background in animal science and management.  In 2003, he moved to the United States, since then he has been working as a herd manager for large alpaca farms operation.  His fascination for alpacas and its luxury product "The Fleece" motivated him to get into the AOBA Judging Apprentice Program.  He completed his training and become an AOBA Certified Halter, Performance and Fleece Judge for both Huacayas and Suris. Arturo, his wife Kat and son Nicholas recently moved to the East Coast area.
Arturo believes that education and mentoring are the keys to promote and develop a strong Alpaca industry. 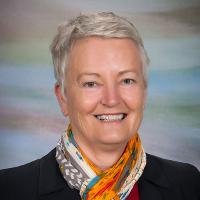 ​Senior Judge and Judge Trainer for all CertificationsCertificationsHuacaya Halter, Suri Halter, Fleece
Jude Anderson, along with her husband, Alan Cousill, has been breeding alpacas since 1991, in both Australia and the US. Currently, they own and breed alpacas in the US, a herd of quality suris and huacayas at Pucara International, a beautiful 105 acre farm at McMinnville, Oregon.
In 1994 Jude left school teaching to concentrate fully on the breeding and animal care of alpacas at Pucara Alpaca Stud in Australia.
An AAA judge since 1998, Jude gained AOA certification in 2002 and senior judge and judge trainer/instructor status in 2005. She also certified at the IAJS judging school in Peru in 2000. Since 1998 Jude has judged in Australia, USA, Canada, New Zealand, the UK, Sweden, and Norway. She is involved in the development and teaching at both halter and fleece judging clinics and works with apprentices to develop their skills. She has also trained British Alpaca Society judges in the UK.
Currently, Jude is Chair of the AOA Judges Advisory Committee and a halter liaison to the AOA Show Rules Committee.
Alongside Cheryl Gehly, Mike Safley, and Amanda VandenBosch, Jude authored The Art and Science of Alpaca Judging, a comprehensive judge training text also used extensively by alpaca breeders worldwide. Jude has also conducted seminars and spoken in Australia, New Zealand, Canada, USA, UK, and Germany on topics including breeding, reproduction and alpaca husbandry, alpaca fiber, conformation, selection, genetics, and nutrition. 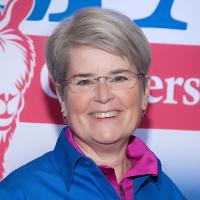 ​CertificationsHuacaya Halter, Suri Halter, Fleece, Performance
Laurel Shouvlin and her husband Tim have been raising alpacas since 1997 on Bluebird Hills Farm in Springfield, Ohio. Laurel has been fascinated with the camel family since her childhood and has also enjoyed working with natural fibers, learning to weave, knit and spin while in high school.
All facets of the alpaca industry appeal to her, including husbandry, fiber arts, veterinary medicine, breeding and birthing, and the show ring. She first considered becoming a judge after volunteering as a ring steward at various shows. Laurel believes the show ring is one of the best tools available to breeders to continue to improve both the fiber and conformation of alpacas in North America. The show ring also provides a great opportunity to help educate breeders about fleece and conformation.
Laurel has served as editor and publisher of the Ohio Alpaca Breeders Association magazine, Ohio Alpaca Life, as a director for the ARI, AOA, and the Suri Network. She feels privileged to have the opportunity to evaluate North American alpacas and their fleeces in AOA and international competitions. 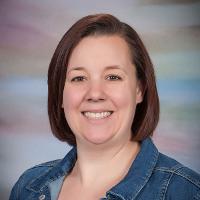 ​Judge Trainer PerformanceCertificationsHuacaya Halter, Suri Halter, Fleece, Performance
After graduating from West Virginia University with a degree in animal science, Stephanie Glyptis jumped into alpacas in 2000 as the herd manager for Heart's Desire Farm, the largest huacaya herd in West Virginia. This herd of nearly 300 kept her very busy halter training, delivering crias, and managing the daily needs of the alpacas. A very active participant in the show ring, she was finally able to merge her background in dairy cattle judging with alpacas in 2006 when she became an AOA Certified Judge. Since then, she has judged all over the United States and Canada. Being certified in all aspects of judging fleece, halter, and performance has become the perfect fit for many shows that only need one judge.
Stephanie, her husband Phillip, and their children Teddy and Abigail live in Weirton, West Virginia just outside Pittsburgh, Pennsylvania. Stephanie runs Glyptis Manor Alpacas and in addition to judging provides education and herd evaluations for alpacas. 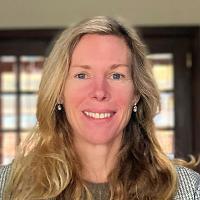 CertificationFleece
Frauke resides with her husband and four children in Manhattan and South Salem, New York.
She has a background in hospitality and interior design and showed horses back in Germany.
In design school she discovered alpaca fabrics and their unique qualities. Soon after, she visited several alpaca farms which consequently inspired her to acquire her first alpaca in 2014. Ever since, she passionately embraces learning about every facet of the industry.
In September 2021 she became a certified AOA fleece judge. Since December 2019 she has been working on completing her halter and performance judge certifications.

Frauke is enthusiastic about helping the alpaca industry continue to reach its vast potential.